Know What Your Big Idea Is

You are going to spend a nice amount of money shooting your commercial and paying for time on the air, which is why you shouldn't try to wing what you say when you are in front of the camera. You need to create a great script for your advertisement.

You need to make sure your advertisement captures your audience's attention. You want your words to be concise and communicate the big picture to your audience. Work on your script, read it aloud, act it out, and take your time to refine it and perfect it.

Use a Professional Production Company

Don't try to wing it on your own. Hire a professional production company to help you create the commercial. When you put something on television, quality matters. Consumers can easily tell when something is not of high quality.

They can easily tell when something is not up to snuff. If you put out a low-quality video, you are not going to create a good impression on your target audience. Invest the money to hire a production company that will help you put together a commercial with good video and sound quality. When it comes to a television advertisement, these things really matter.

Work with the production company to plan each shot you need to take carefully. You are going to want to figure out exactly what you want to show on the camera and make sure that each setting is presented in the best way possible. If you will be filming your store or location, you need to prepare it carefully. 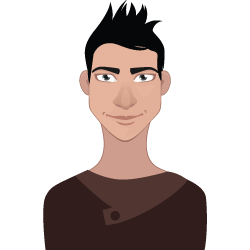 How will you help other people to notice your business? In a competitive market, edging out the competition can feel pretty impossible. Fortunately, by working with the right marketing company, you can focus on your customers. Instead of going with whichever marketing company offers the cheapest rates, it is important to hand-pick marketing tactics that will work for you. I have been where you are, and I want to make this easier for you. On my website, you will find loads of advice involving business advertising. Hopefully you can find information that will add value to your company, so that you can stay in business.